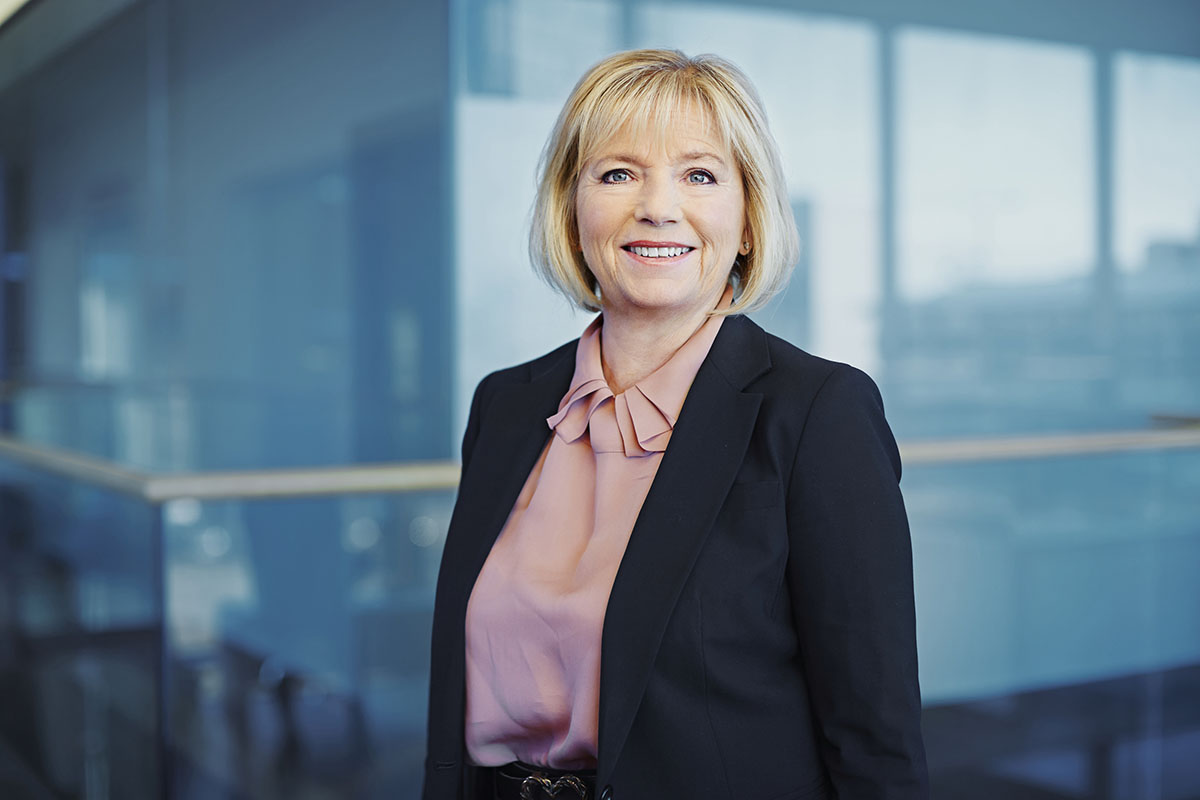 Monica was born in 1954. She is Swedish and lives in Sweden. She was first elected as a Director at a shareholders’ meeting on 18 March 2010. She is not a shareholder of Arion Bank and is an independent Director. Monica is Chairman of the Board Credit Committee.

She graduated with a BSc in business and economics from the Stockholm School of Economics in 1976.

Monica currently sits on the board of numerous companies and non-profit organizations and is the chairman of several of them. She worked at Skandinaviska Enskilda Banken (now SEB) from 1977 to 2001. Monica held various positions at SEB in marketing and commercial banking. She became a member of the Group Executive Committee and Group Management in 1995 and become deputy CEO in 1997. She became an alternate member of the board of directors at the same time. Monica left SEB in 2001. Since then she has built a career around board assignments. 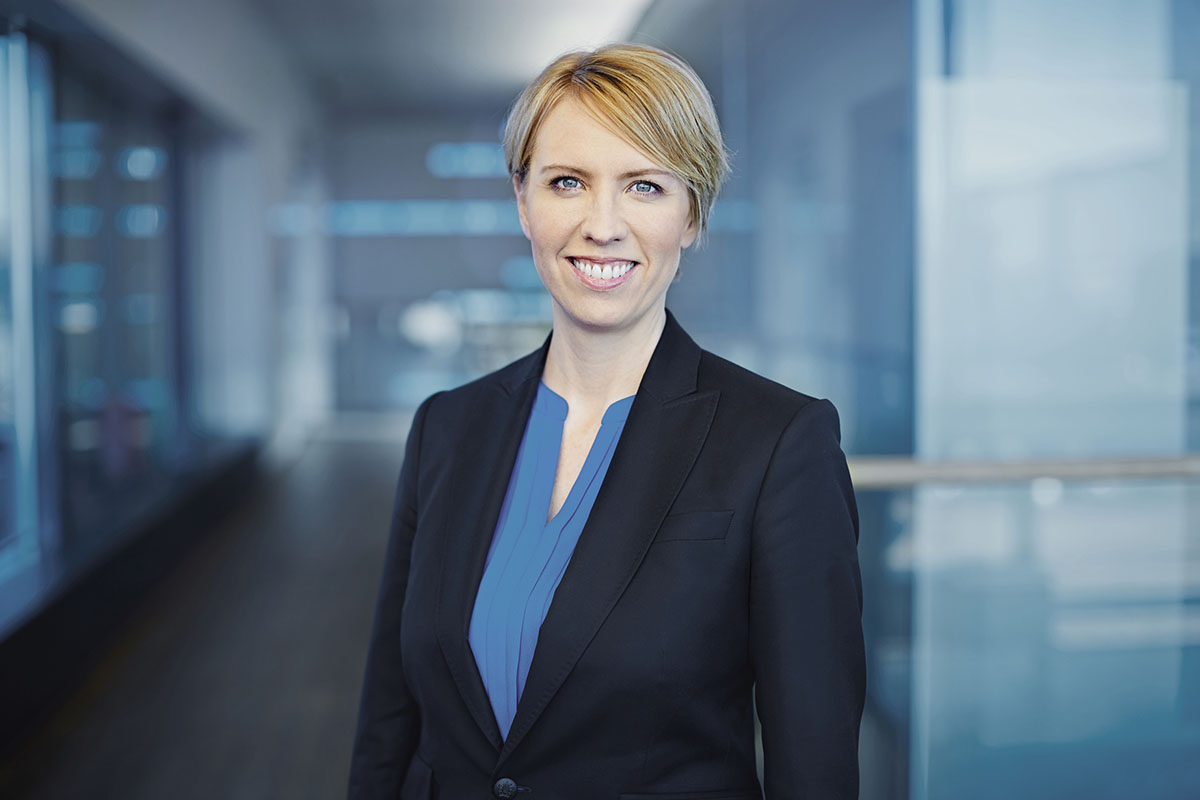 Gudrún was born in 1973 and lives in the United States. She was first elected as a Director at a shareholders’ meeting on 18 March 2010. She is not a shareholder of Arion Bank and is an independent Director. Gudrún is Chairman of the Board Remuneration Committee and is also a member of the Board Audit and Risk Committee.

Gudrún is currently a lecturer in finance in the faculty of business administration at the University of Iceland. In 2009 and 2010 Gudrún worked as a senior researcher for the Parliamentary Special Investigation Commission looking into the causes and events leading up to the fall of the Icelandic banking system in 2008. She was assistant professor in the school of business at Reykjavík University from 2006 to 2013. Between 2004 and 2006 she worked as a specialist in the Financial Systems Department of the International Monetary Fund. She was a teaching and research assistant at the University of Michigan, Ann Arbor from 2002 to 2003. Gudrún worked as a securities broker at the Icelandic Investment Bank (FBA) between 1999 and 2001. She has served on the board of a fund management company of MP Bank and is the current chairman of the research and development company THOR. 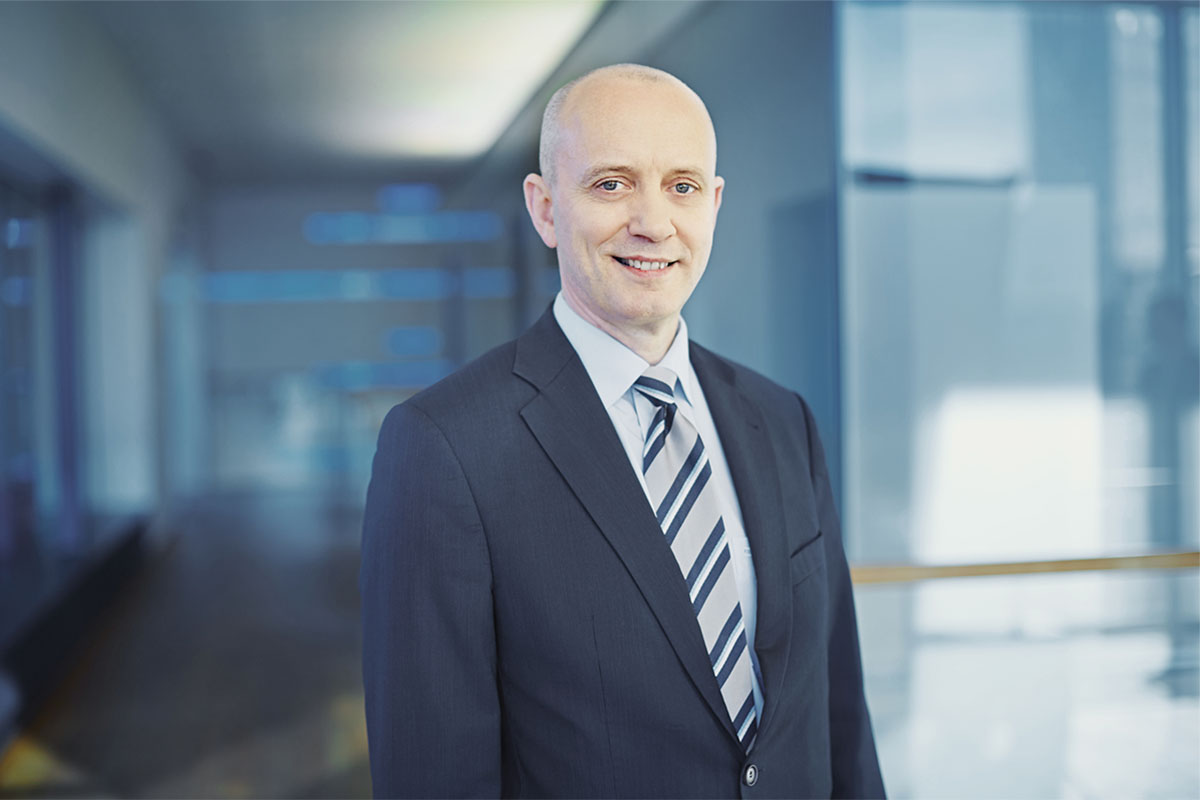 Benedikt has been the executive director of development at Landspítali University Hospital since 2015. Before that he was the Deputy CEO of Landspitali since 2010. Benedikt was born in 1961. He was first elected as a Director at a shareholders’ meeting on 18 December 2013. He is not a shareholder of Arion Bank and is an independent Director. Benedikt is a member of the Board Credit Committee.

Benedikt has been Deputy CEO of Landspítali University Hospital since 2010. Between 2005 and 2009 he was managing director of Atorka hf. He was managing director of Parlogis ehf. from 2004 to 2005. He was a manager at Eimskip between 1993 and 2004, most recently as head of Eimskip's operations in Hamburg. Between 1988 and 1992 Benedikt worked as a project manager in civil engineering. He was a board director at Promens from 2005 to 2010. He was also a board director at InterBulk Group, which is listed on the London Stock Exchange, from 2007 to 2010. Benedikt was also chairman of Icepharma hf. and Parlogis ehf. from 2005 to 2007. 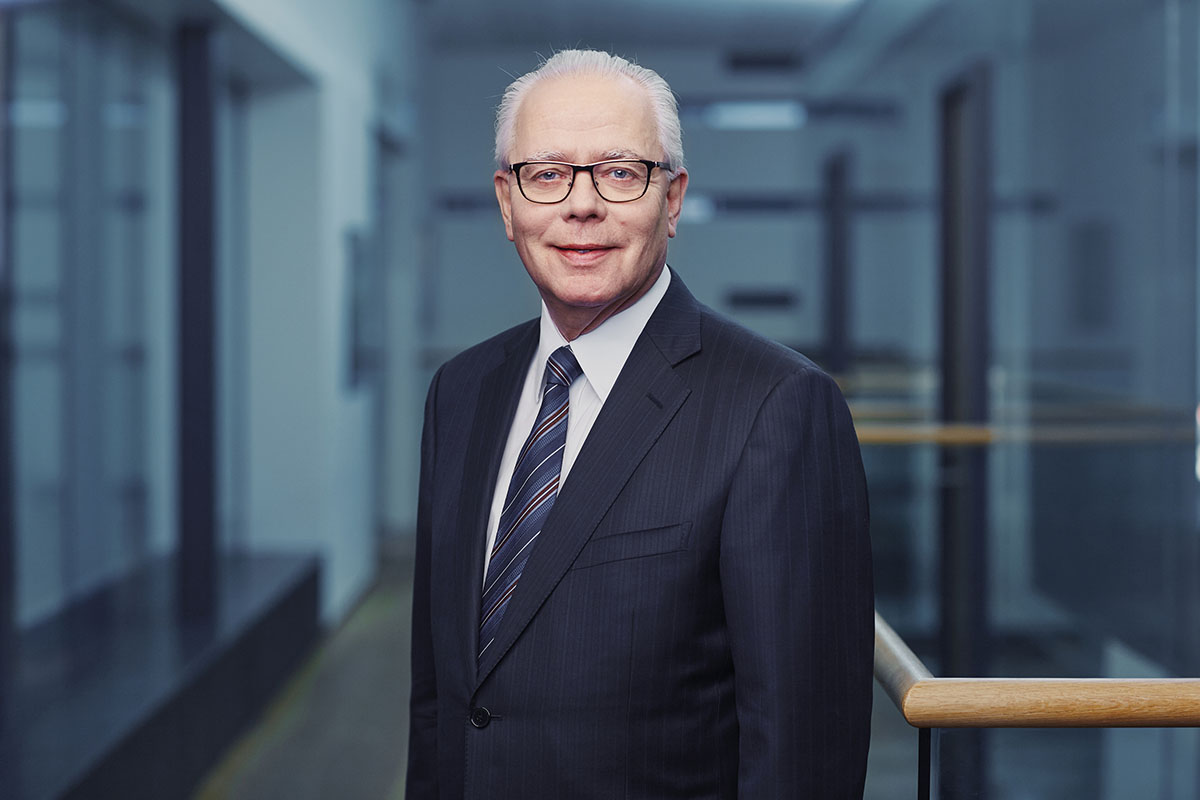 Brynjólfur was born in 1946. He was first elected as a Director at a shareholders’ meeting on 20 November 2014. He is not a shareholder of Arion Bank and is an independent Director Brynjólfur is a member of the Board Credit Committee.

Thóra completed a degree in law at the University of Iceland in 2000 and qualified as an attorney to the district court in 2002.

Since 2011 she has worked as a specialist in the faculty of law at Reykjavík University as a lecturer and researcher in insurance law, contract law and law of tort. Before that Thóra worked as a lawyer for two Icelandic insurance companies: Tryggingamidstödin hf. from 2000 to 2005 and Sjóvá-Almennar tryggingar hf. from 2005 to 2011. Thóra is currently a board member of the rehabilitation fund Virk-Starfsendurhaefingarsjódur ses, appointed by the Confederation of Icelandic Employers and she is also on the board of the Association of Icelandic Lawyers and CEO for the Icelandic Law Journal (Tímarit Lögfraedinga). She is also chairman of the insurance complaints committee and the chairman of the seamen’s and fishermen’s arbitration committee, appointed by the government. 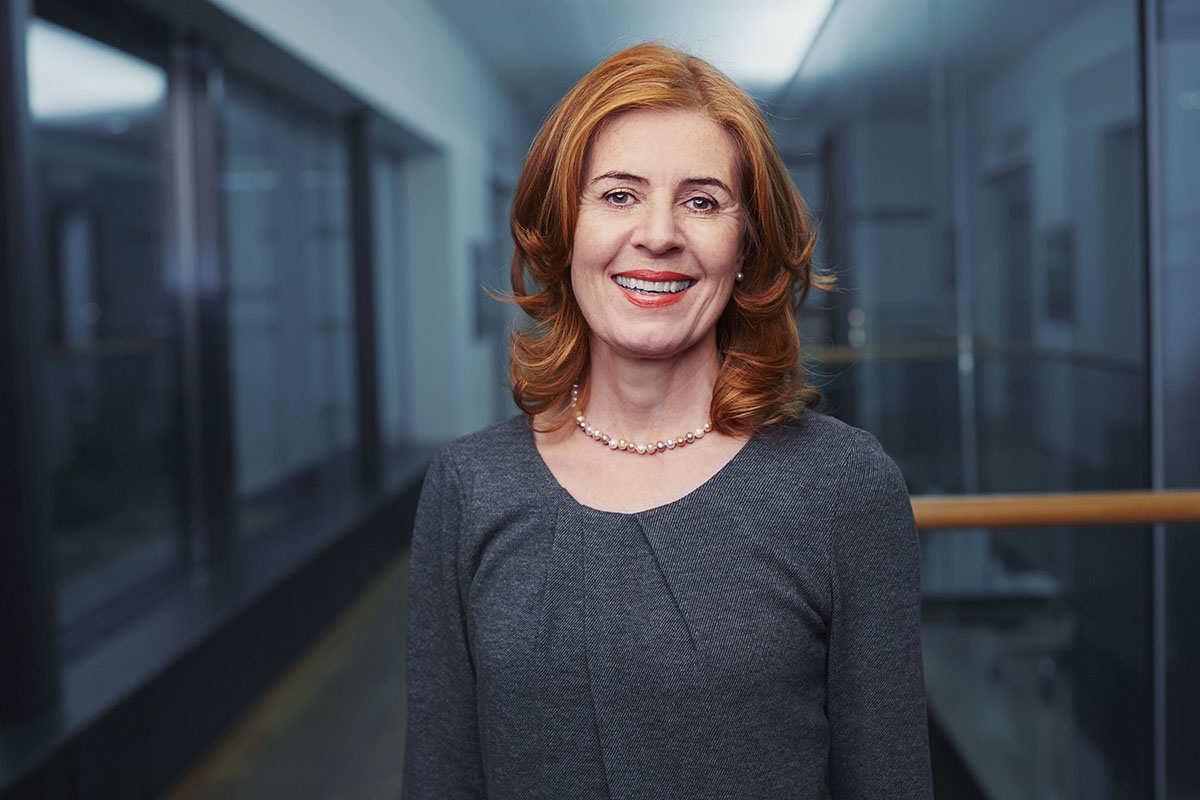 Kirstín currently works as an independent consultant. From 2011 to 2013 she was a member of a three-person committee on the Icelandic parliament’s investigative committee on the Housing Financing Fund. She was a part-time lecturer and adjunct at the University of Iceland between 2007 and 2012 and was a specialist at the Institute for Research in Finance and Economics at Reykjavík University from 2007 to 2009. Between 2001 and 2007 she worked as an economist, first at the National Economic Institute and then in the Department of Economics at the Central Bank of Iceland. She was appointed editor of the economics glossary at the Icelandic Language Institute at the University of Iceland in 1998, a position she held until the glossary was published in 2000. Between 1995 and 1998 she was an economist at the Fisheries Association of Iceland. She was an adviser and director of market research at Hagvangur from 1984 to 1986 and was then marketing manager at the Icelandic Freezing Plants Corporation (now Icelandic Group hf.) from 1986 to 1989. Kirstín started her career as an economist at the Association of Icelandic Manufacturers and she later worked for OECD.

Kirstín has held several positions on boards and committees and was, for example, the chairman of the Competition Committee from 2002 to 2005 and a board member of Midengi ehf, a holding company owned by Íslandsbanki, from 2009 to 2012. Kirstín has also served on the Post and Telecommunications Arbitration Committee since 2008. 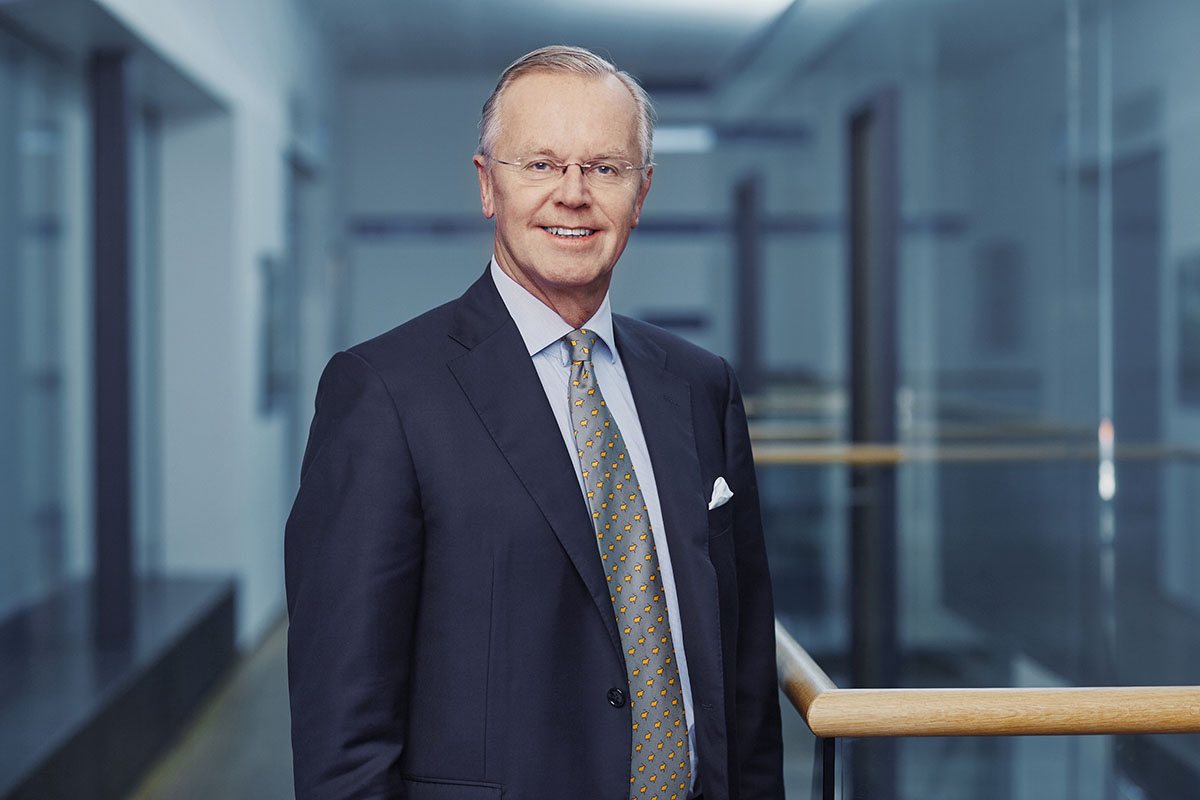 Måns was born in 1951. He is Swedish and lives in Portugal. He was first elected as a Director at Arion Bank’s Annual General Meeting on 24 March 2011. He is not a shareholder in Arion Bank and is an independent Director. Måns is chairman of the Board Audit and Risk Committee and is a member of the Board Credit Committee.

Måns graduated with a BSc in business and economics from the Stockholm School of Economics in 1975.

From 2002 to 2011 Måns worked for Swedish Export Credit Corporation (SEK) as executive director and head of corporate and structured finance. He was also a member of SEK’s Executive Committee. In 1999 to 2002 he worked for both Unibank (as head of the Sweden operation) and Nordea (as head of private banking, Sweden). From 1991 to 1999 he worked at Swedbank where his roles included head of the corporate division. In 1984 he joined Götabanken in London and was transferred to the bank’s Stockholm operation in 1989 where he was head of the international finance division until 1991. From 1977 to 1984 he worked for Hambros Bank in London, where he was regional director for Iceland and Denmark for two years. He previously worked as a lecturer and researcher at the Stockholm School of Economics.